On 8 March 2018, following an executive order by US President Donald Trump, the USA announced import tariffs on steel (25%) and aluminum (10%). These entered into force last Friday. The USA has also announced that it will impose tariffs on about 100 Chinese products.

Here are the answers to the most burning questions:

Who are the tariffs on steel and aluminum aimed at?

Initially, the tariffs were aimed at companies worldwide in the aluminium and steel industry that export their products to the USA. Only the US “allies” Mexico, Canada and Australia were exempt. In terms of economic policy, however, it was already clear that the tariffs  were intended to punish not only the large steel producers in Europe but primarily those in China and India.

Then came the surprising news last Friday, that in addition to countries that enjoy friendly relations with the USA, such as South Korea, the EU would also be exempt from the steel and aluminum import tariffs until 1 May 2018. This decision cannot be viewed in isolation; it clearly relates to the punitive tariffs imposed on China.

What measures will the USA take against China?

In parallel with the product-specific tariffs on steel and aluminium, Donald Trump has long flirted publicly with the idea of imposing country-specific tariffs on China. On Friday, he finally announced them. The USA will impose import tariffs on around 100 products from China, with an import volume amounting to approximately 60 billion dollars. The president ordered his trade advisors to draft a list with the specific products and the tariff levels. The tariff level is expected to “compensate for the damage” that China’s “unfair” trade policies have caused in the USA. Indeed, the USA’s trade deficit with China does amount to roughly 375 billion dollars. However, this is only slightly due to unfair trade practices (on a number of occasions in the past, the EU has also enforced anti-dumping duties on China). Essentially, this resulted from the fact that for decades US companies have been shifting their production and back-office functions to China in order to cut costs and are now buying products instead of producing them in the USA.

It is interesting to note that the tariffs are not the only measure to be taken against China. The USA (as well as the EU and particularly Germany) have been complaining for some time about China’s lax handling of intellectual property protection. This accusation is not unfounded, but certainly not new. The USA is now using this as a reason to deny acquisitions of American companies in the high-tech sector (companies developing artificial intelligence or autonomous driving, for example) by Chinese stakeholders. The growing discontent is also noticeable in Europe. For instance, contemplated acquisitions of German companies, such as Osram, by Chinese investors were blocked in accordance with the German Foreign Trade Act. Allegedly, German national security interests were at risk. The truth, though, probably stems from the fact that China itself regulates the acquisition of its companies rather strictly and effectively excludes acquisitions in important industries. As a result, Italy and France have brought forward a legislative proposal to the EU, which ultimately has the same strategic thrust as the measures announced in the USA.

Why is Trump imposing tariffs?

A slight hope remains that Donald Trump is driven primarily by domestic policy objectives. The only noteworthy success of his presidency thus far has been a tax relief, mainly for businesses. Otherwise he is faced with historically low approval ratings that must improve quickly. On 6 November 2018, the mid-term elections take place, in which several seats in the Senate and House of Representatives will be contested. The midterms are also traditionally regarded as a referendum on the performance of the sitting president and his party. With the tariffs, Donald Trump is fulfilling one of his campaign promises, claiming it will bring back jobs in the steel industry.

On the other hand, the USA is at least also pursuing a precise foreign policy objective with the tariffs on steel and aluminum. Donald Trump is a professed opponent of multinational (trade) agreements. He broke off negotiations on the so-called TTIP agreement with the EU, and he has already terminated the USA’s participation in the TPP agreement. His goal is to bring individual states into bilateral negotiating situations, in which he can exploit the United States’ economic strength “one-on-one.” This is also the real reason why Mexico and Canada were exempted from the tariffs from the beginning. The USA is currently renegotiating the North American Free Trade Agreement with both nations. Since both countries are also major steel producers, lifting the tariffs will be an effective means of exerting pressure in these negotiations. Exemption for the EU until 1 May 2018 is also driven by this motivation. Donald Trump wants to re-negotiate the trading conditions. This has already worked with South Korea.

How will China react to the punitive tariffs?

First of all, it should be noted that China – similarly to the EU when it was confronted with tariffs on steel and aluminum – has announced, indeed resolutely, that it will react prudently.

The EU has brought tariffs into play on a smaller scale (import volume of roughly 3 billion euros) and on very selective products. Instead of making the USA (and ultimately also European consumers) suffer severe economic losses, clear domestic policy signals were to be sent. Whiskey and Harley Davidson motorcycles, for example, were considered for tariffs. This way, the whiskey-producing state of Kentucky, which is the home state of Republican Senate majority leader Mitch McConnel, would be impacted. Paul Ryan, also a Republican and majority leader of the House of Representatives, comes from Wisconsin, where Harley Davidson is based.

China is now also threatening counter-tariffs – also in a quite moderate amount (3 billion dollars). However, China will have to pursue a different plan than the EU. The tariffs planned for the EU were met with enormous resistance domestically in the USA, on both the Republican and the Democratic sides. This looks completely different in the case of China. Of course, there are also voices that warn of a trade war. For most Americans, however, China is not an unwelcome target. As a result, China’s counter-tariffs, if they are imposed, will probably be received as a clear warning signal. China is one of the USA’s largest customers in the agricultural sector. The planned tariffs, on nuts for example, may indicate how widely dispersed tariffs would be received in the sector.

First, it can be assumed that the temporary suspension of tariffs for Europe was not act of altruism on the part of the US. Instead, it shows that Donald Trump is (still) shying away from a major confrontation; in other words, for the time being he wants to avoid a “trade war on two fronts” with the two other major markets of the world. It remains to be seen how the planned tariffs on China will develop. In the case of the steel and aluminum tariffs,  Donald Trump has back-pedaled before. If tariffs are imposed, China has already announced that it will refer the matter to the arbitration court of the World Trade Organization (WTO). This shows that the EU’s exemption from the “steel tariffs” was a rather clever move on Donald Trump’s part. A joint complaint by the EU and China would have shown much more clearly how isolated the US is on this issue (see n-tv interview below).

After its exemption from tariffs, Europe should now resist the temptation to join the USA in challenging “the trade aggressor” China. Of course, the difficulties that undoubtedly exist with Beijing must be addressed. But currently the USA is at best an unreliable, if not erratic partner. Perhaps, the example of East Asia should be followed. After Donald Trump announced that the USA would withdraw from the TPP agreement, it still came into place; but without the US. The American market is large and important, but not the only one. If the WTO can no longer exert enough pressure because the USA just ignores its rules, then the rest of the world should find sensible and elegant, yet clear measures to show the USA that protectionism in today’s globalized world has no benefits.

The EU must also resist the temptation to make unilateral concessions to the USA. This would only play into Donald Trump’s hands and strengthen his course of action. In addition, in accordance with the WTO’s so-called “most favoured nation” clause, all concessions that are granted to the USA would have to be granted to all 163 member states. And that is identical to a successful case of blackmail: there is no coming back.

You can view the complete newsletter pdf » here «. 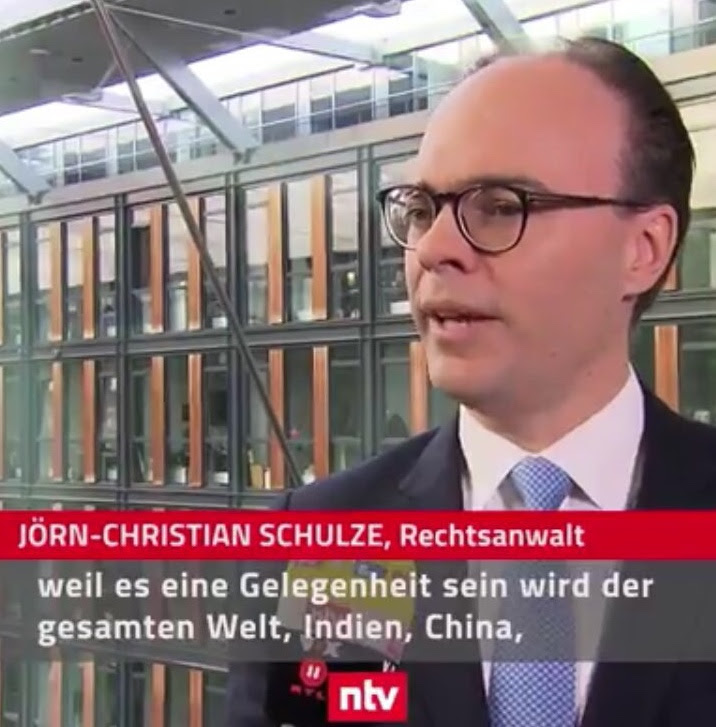 On 9 March 2018, Jörn-Christian Schulze also spoke to news channel n-tv about the punitive tariffs imposed by the USA. The interview was aired as part of a news special called “Trump – The Unpredictable” and can be viewed here.